The impacts of racism can be seen in almost all aspects of everyday life. Black and indigenous people are more likely to be jailed or unemployed – that’s if they make it past childhood.

Young black people in England and Wales are 9 times more likely to be locked up than young white people.1 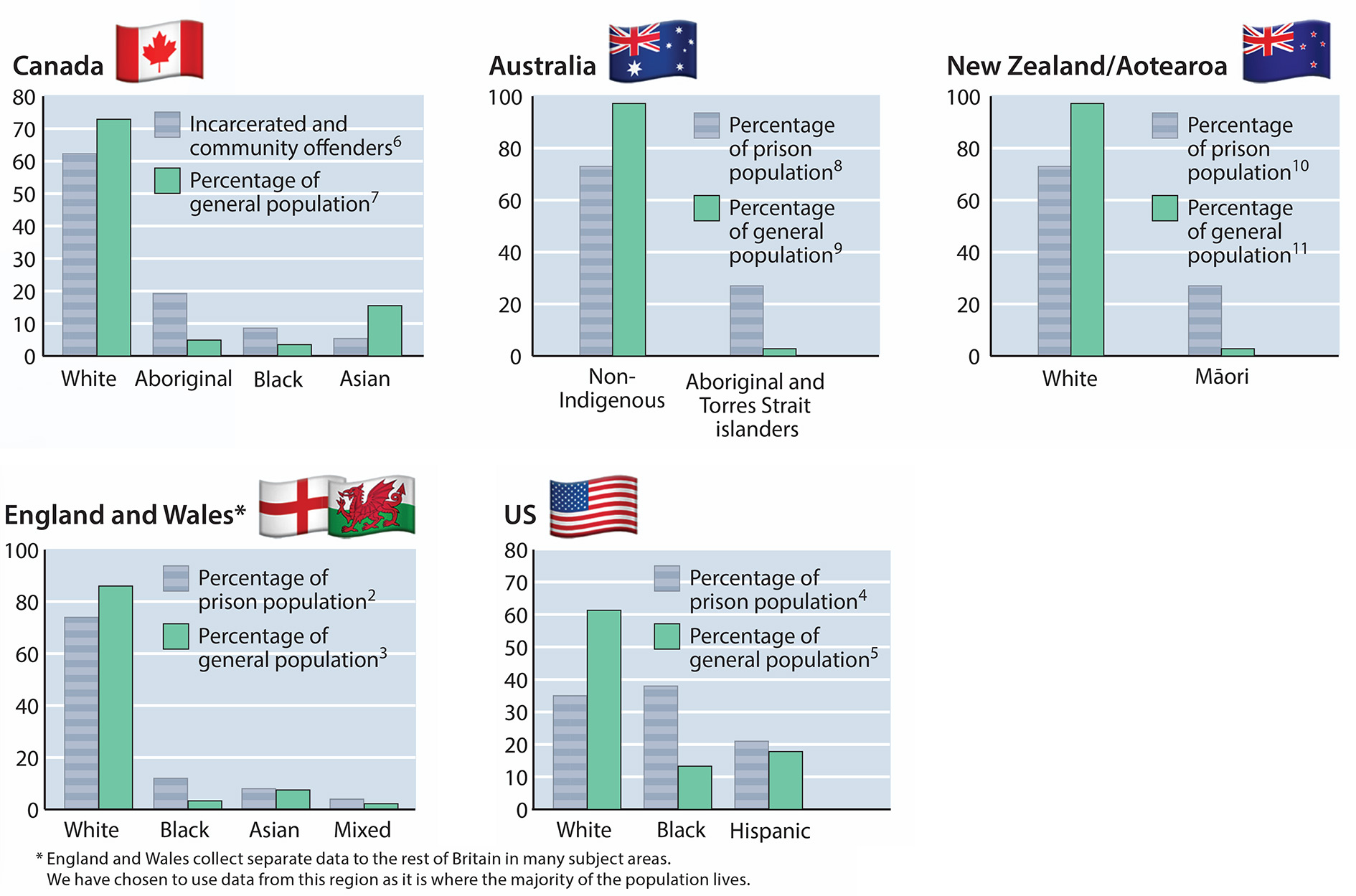 The perils of birth

Both infant and maternal mortality are skewed by race.

Race determines how likely people are to die during, or just after, pregnancy: in Australia, the Aboriginal and Torres Strait Islander maternal mortality rate is 3 times than for other women.16

In the US, the maternal mortality rate for black women is more than 3 times than for white women.17 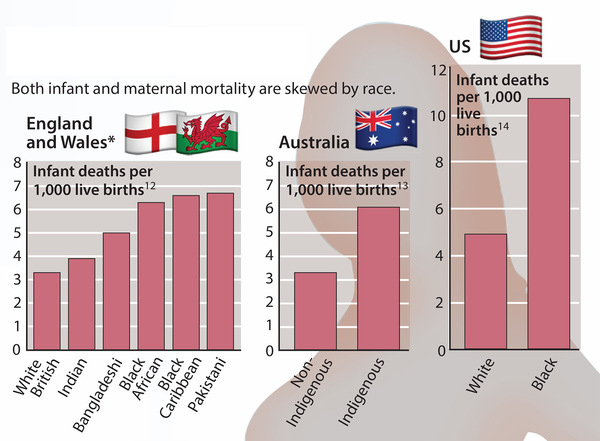 UK: unemployment rate for black, mixed race and Pakistani people is more than twice that of white people and more than 3 times for Bangladeshi people.18

US: unemployment rate of indigenous and black people is at least twice that of white people.19

New Zealand/Aotearoa: unemployment rate for Māori and Pacific peoples is 3 times that of white people.20

In the UK, the wage gap for black workers gets bigger as they get more qualifications.21 White people earn nearly 5 times more than black people in South Africa.22

See a printable version of The Facts spread as it appeared in the magazine.

A challenge to power
The fight goes on