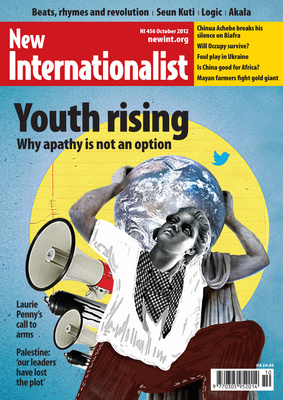 Hip-hop artist Logic once rapped: ‘I get down for my people, down for my people, down with the government until we’re all equal!’ When I looked into the eyes of Logic’s first baby daughter, born a few weeks back, it seemed like a long time since we sat down to write those lyrics. It was before the police pulled me out of my wheelchair on a demonstration, when Hosni Mubarak was still chilling, before the London riots.

I struggle to imagine how the world must look through a baby’s eyes. But when I see them smile, I know that however much destruction we cause, the generations that follow will continue to struggle to make things better.This issue celebrates youth movements working to do exactly that. Far from being apathetic, young people are challenging an unjust world and have the idealism and energy to change things.

In this month’s Big Story, Farah Jassat challenges preconceptions, asking why certain schools of feminist thought are ignored by the mainstream media. Laurie Penny stokes up outrage with her lowdown on how youth in the West are shouldering the burden of a broken economic model.

We take a look at the techniques of the uncompromising Chilean student movement and listen to the frustrations of youth activists in occupied Palestine.

The cover image is by Andre Anderson, age 20, whom we found thanks to LIVE magazine (run by 15-24 year olds) in Brixton, London. It was the first-ever publication I wrote for, at the tender age of 15.

Inspired by LIVE’s principles of being written for young people, by young people, this month’s Big Story is written almost wholly by under 25s, with the exception of music makers Akala and Seun Kuti (both 28). The next generation will inherit the planet we reside in. Who better to lead the struggle? 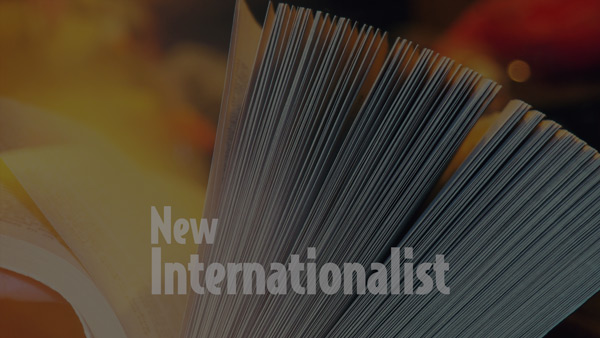 Why selling out is no longer an option

Young people are playing a vital role in a sweeping wave of dissent, says Jody McIntyre.

This infographic takes a closer look at the contrasting lives of the 1.2 billion young people aged 15-24 worldwide.

Palestine: shaking up the occupiers

A froth-free latte stirred with politics 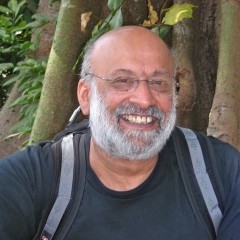 Is China good for Africa?

British lawyers on the hunt for Mau Mau fighters in Kenya

Maina Waruru questions the motivations of firms seeking compensation from the British government.

Tina Burrett fears the 28 October elections will be neither free or fair.