Chris Brazier returns every decade to produce a New Internationalist magazine on the country. He has produced three magazines and is currently researching his fourth. In this blog, Chris recalls the night he flew into the midst of a revolution and discovered he had made a serious error. 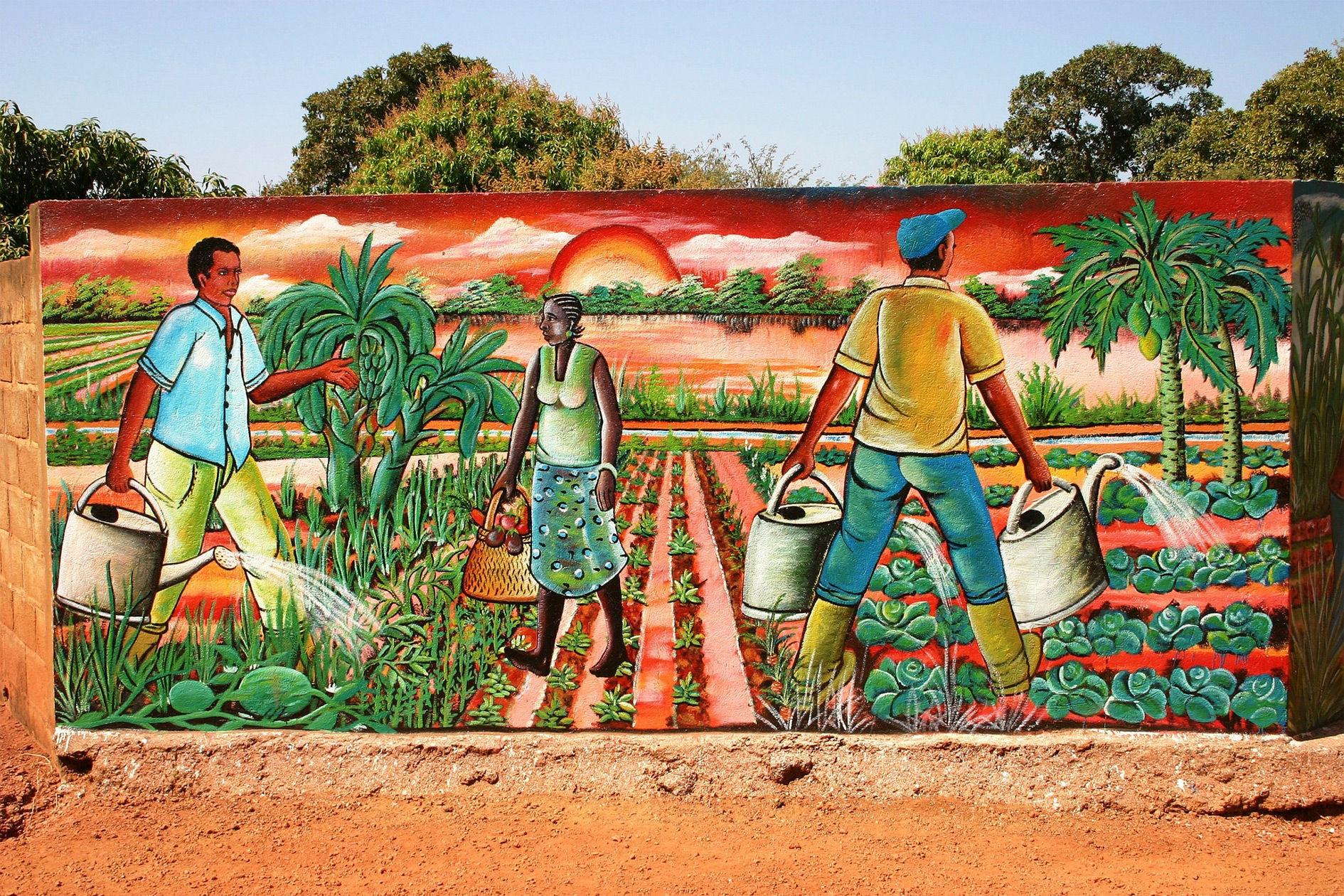 Two days in Turkey amid talk of coups, plots and clampdowns before flying out to Burkina Faso… It can’t help but throw me back to the febrile night, 31 years ago, when I flew into a Ouagadougou consumed by revolution, feeling like I was part of a Graham Greene novel.

In 1995 Chris Brazier returned to Burkina Faso, 10 years after his first trip (described in this blog) to see how people’s lives had changed.

It was my first trip overseas for the New Internationalist. We had raised the money to make a film for TV about African women farmers and my role was to go ahead of the crew and try to locate a suitable subject. Burkina Faso was then in the midst of a genuine revolution, albeit one that had started with a military coup two years before and was to end in another murderous coup two years after my trip.

It was a bold choice of location and an even bolder choice for a cub reporter looking to prove himself ‘in the field’. One of the positive things about this revolution – headed by Thomas Sankara, one of Africa’s all-time most idealistic and inspirational leaders – was that it was genuinely attempting to devolve power to ordinary people, even in the neglected rural areas. But the negative flipside of that was that guns were ending up in the hands of young men who didn’t necessarily have the self-control and sense of responsibility that should go with such power.

Some way into the flight from Paris to Ouaga, I realized, with a sinking feeling in my stomach, that I had somehow failed to carry with me my certificate of vaccination against yellow fever, without which no one was (or still is) allowed entry to the country. There was only one possible outcome, as I saw it: I would be turned away at the airport and put on the next flight home, having failed in my journalistic mission before it had even begun.

Nor was this the first time that I had made this kind of mistake. Five years before, while I was still writing for the rock magazine Melody Maker, I was commissioned to fly to New York to interview Rickie Lee Jones, whose sensational debut album I was very keen on. I set out for Heathrow in good time and did not realize until I was actually at the ticket desk that, idiot of idiots, I had failed to pack my passport. Humiliating though that was, I managed to rebook a flight for the next day and was still in time to meet Rickie Lee, whose then partner Tom Waits popped his iconic head round the door to say hello while we were talking.

But this was something different – there would be no such easy remedy this time around. I could see no way out and yet there was obviously no turning back – the plane was conveying me irrevocably towards my humiliation.

The plane landed and we disembarked into the stifling heat of a June night. Ouagadougou airport in those days was a ramshackle affair and all the passengers crowded together outside a single small door guarded by a young soldier carrying an automatic rifle who apparently had sole responsibility for checking passports and yellow-fever certificates and allowing people to pass.

It was chaos – people pressing from all sides, anxious to get through, and one armed man on the verge of losing his temper holding back the tide. I let the pressure of the crowd carry me ever closer to my fate. How was he going to turn me back given this crush? Where would he put me while he dealt with all the rest?

Finally I was pushed to the front. As the man next to me handed over his passport and certificate, distracting the soldier momentarily, I seized my chance and ducked underneath his gun. I waited momentarily for a shout or even a shot but there was none. I was free! Free to face the genuinely mind-blowing adventures that lay before me.