The Perils of Charity

When rich and poor worlds collide, money is inevitably a problem. 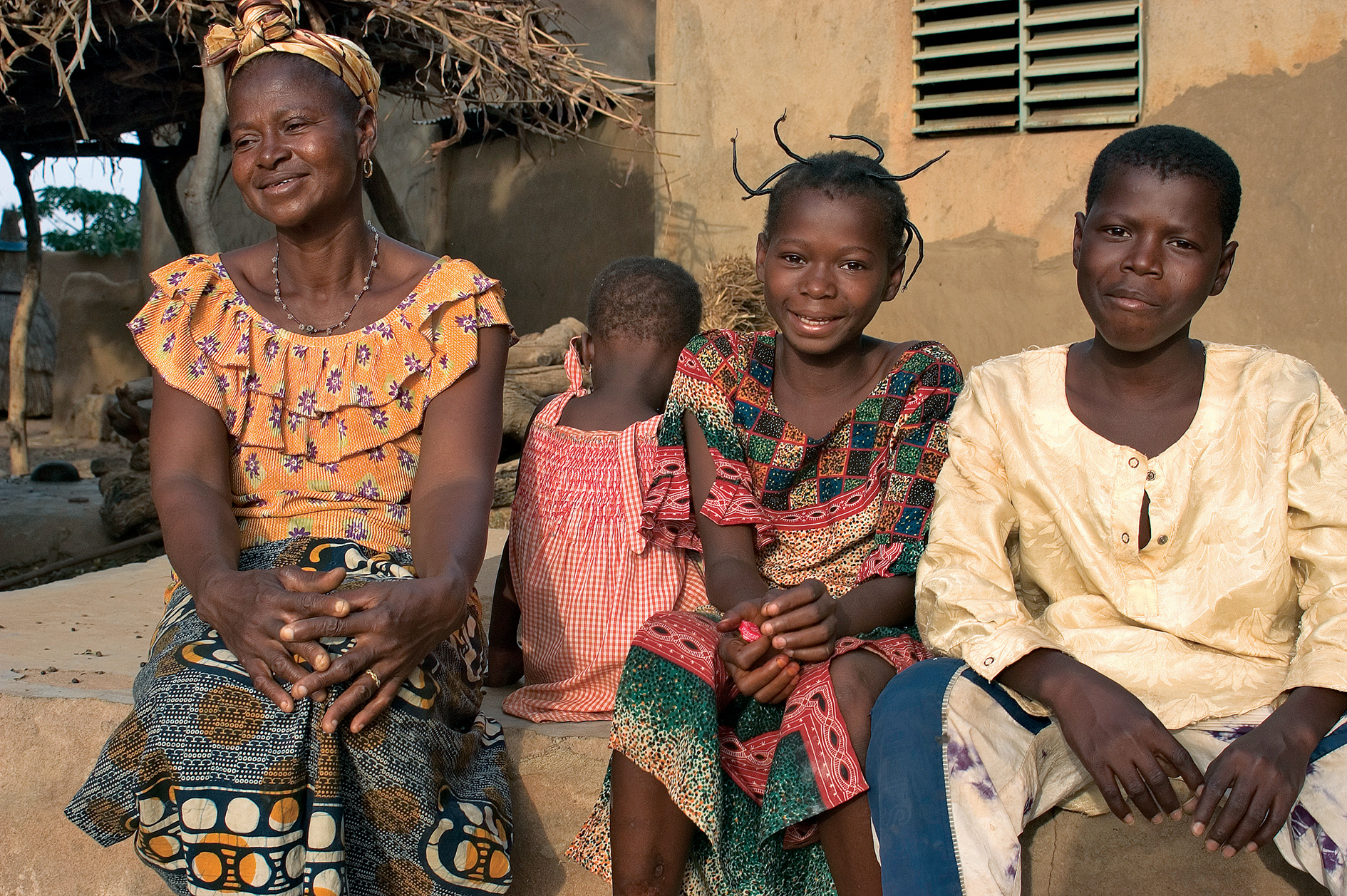 (Below) Rasinatu as she is now... (Opposite) ...and as she was in 2005, with Mariama, Zakariya and a determinedly contrary Zahara.
Photo: Chris Brazier

Mariama is still working as an assistant in the health centre, as she has done for the past 25 years; my other friend Ousmane is also still working in the dispensary there. They both complain rather bitterly (and justifiably) about the exploitatively low pay they receive for this full-time work – the monthly equivalent of around $15 in Mariama’s case and $22.50 in Ousmane’s, sums which have not been increased with inflation for a decade and a half. They feel there should be some kind of trade union acting on their behalf, though there is nothing in place at the moment. I encourage Ousmane to write a letter to the Health Minister, on the basis that it can do no harm to lay this nationwide issue before a new government that has, in a sense, tried to make healthcare its watchword.

The economics of life in the village has inevitably been a nagging theme pervading all my visits. In a subsistence-farming community like this one, cash has always tended to be something sent from elsewhere – usually from family members working in the capital or abroad. People cannot but be painfully conscious that a Western visitor has access to money that could make a great difference to their lives.

Rightly or wrongly, I took the decision long ago that I was visiting as a journalist reporting sympathetically on changes in people’s lives and paying over the odds for any services rendered, rather than as an individual seeking to make a charitable difference. This attitude was born out of self-defence on my first return, when I was living cheek by jowl with the community and found myself besieged by individual requests for money for anything from mending a broken bicycle to providing start-up funding for a small business. On that first visit, the perils of charity were further illustrated by the furore associated with my having innocently brought bottles of aspirin and chloroquine to give away. (You can read the full story of this episode, ‘Pandora’s bottle’, at nin.tl/villagehub).

This time around I pay Ousmane for his help in guiding and interpreting for me, in addition to paying Mariama the substantial fee she has come to expect – though she has had to dedicate less time to work for me than in past years.

My primary emotional link has always been with Mariama and her family. Over the years I have sent euro notes with my sporadic letters, and when her house was destroyed by heavy rain in 2008 my family helped to pay for its rebuilding.

On this trip, though, my partner Pat accompanies me – as my daughter Kate did 11 years before – to the great delight of everyone we encounter. She experiences for the first time the privileged access from which a journalist benefits and is fascinated to be so warmly welcomed by people who feel they have some connection with us built up over decades. And, although she knows how much this relationship with the village has always meant to me, being personally introduced to the individuals who have loomed so large in my stories is, of course, completely different from hearing about them second hand.

Early on in our stay, Mariama’s daughter Rasinatu comes to visit. It is delightful to see her. In 1995 she was the indulged and rather demanding baby of the family and in 2005 she was attending the local school. Now she is married and brings along her own one-year-old child. As we chat about the changes in her life over the past decade, though, the conversation takes a surprisingly dark turn. She feels that her family did not support her enough financially, not being prepared to pay for her to stay on at school. Mariama confirms that they did not, using the familiar phrase that I have so often heard wheeled out in relation to paying for girls’ education: ‘Il n’y avait pas les moyens’ (we didn’t have the wherewithal). Rasinatu felt she had no option but to follow the traditional female path – she married a boy from school whose family live in a village on the other side of Garango. 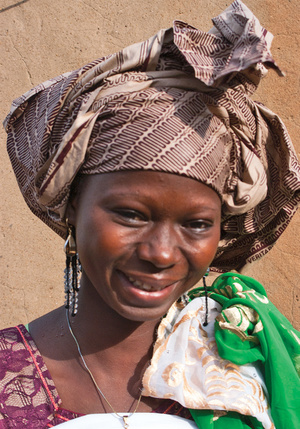 Rasinatu as she is now.
Photo: Chris Brazier

In contrast, her cousin Issa Junior – an enchanting boy who was orphaned early in life and was taken in by Mariama’s family – was able to continue at school and pass his baccalauréat. He is now starting his studies at university in the capital, hoping to pursue a medical career (students start out on this track but may become pharmacists, nurses or doctors, depending on how good their results are). His school fees were paid not by Mariama and her husband but by their son Zakariya, who sent the money home from where he was working in Côte d’Ivoire. This is a wonderful story that speaks volumes for Zakariya’s selflessness, but it also sets the differences in girls’ and boys’ situations in stark relief.

Rasinatu has not finished, however. If she was surprisingly open in telling me about resentment towards her own parents for not having provided her with enough, I am even more shocked when she directs some of her anger towards me: ‘Why didn’t you give me anything from England? You could have sent me something – a bicycle, a mobile phone or something!’

I don’t know quite how to respond and am truly discomfited that she feels sufficiently hard done by to challenge me to my face in this way, despite the extreme politeness endemic in Bissa society. The extent to which I have individual responsibility for Mariama’s family has always been at issue, but I have always seen it as a matter between her and myself rather than considering that I have a direct relationship with (let alone responsibility for) any of her children. It would clearly have been possible for me to pay Rasinatu’s school fees had I been in closer touch at the time – and my direct relationship with her family might well have overcome reservations derived from New Internationalist’s principled objection to child sponsorship.

The last day in the village

The incident resonates through our remaining time in the village and colours the discussions Pat and I have about how much we might help. We decide that we will not go back home with any euros but will make cash gifts from our family to theirs over and above Mariama’s fee from New Internationalist – including covering the next year’s school fees for Zahara, Mariama’s youngest daughter, as well as specific gifts to Rasinatu (in propitiation?) and to Issa Junior towards the cost of a computer he should ideally have at university. These gifts are made on our last day in the village – which may be the last time I will ever be there (the prospect of a further return in my seventies seeming rather remote).

We are not at this point saying goodbye to Mariama, however – she has decided that she will accompany us on the bus to Ouagadougou, where I have arranged to meet up with her eldest son Oumarou. It is a visit that is to cast my deliberations about the relationship between rich and poor worlds, and about the perils associated with individual charity, in a somewhat different light.

Autumn of the Patriarch
Great Expectations