Whose money is it anyway? 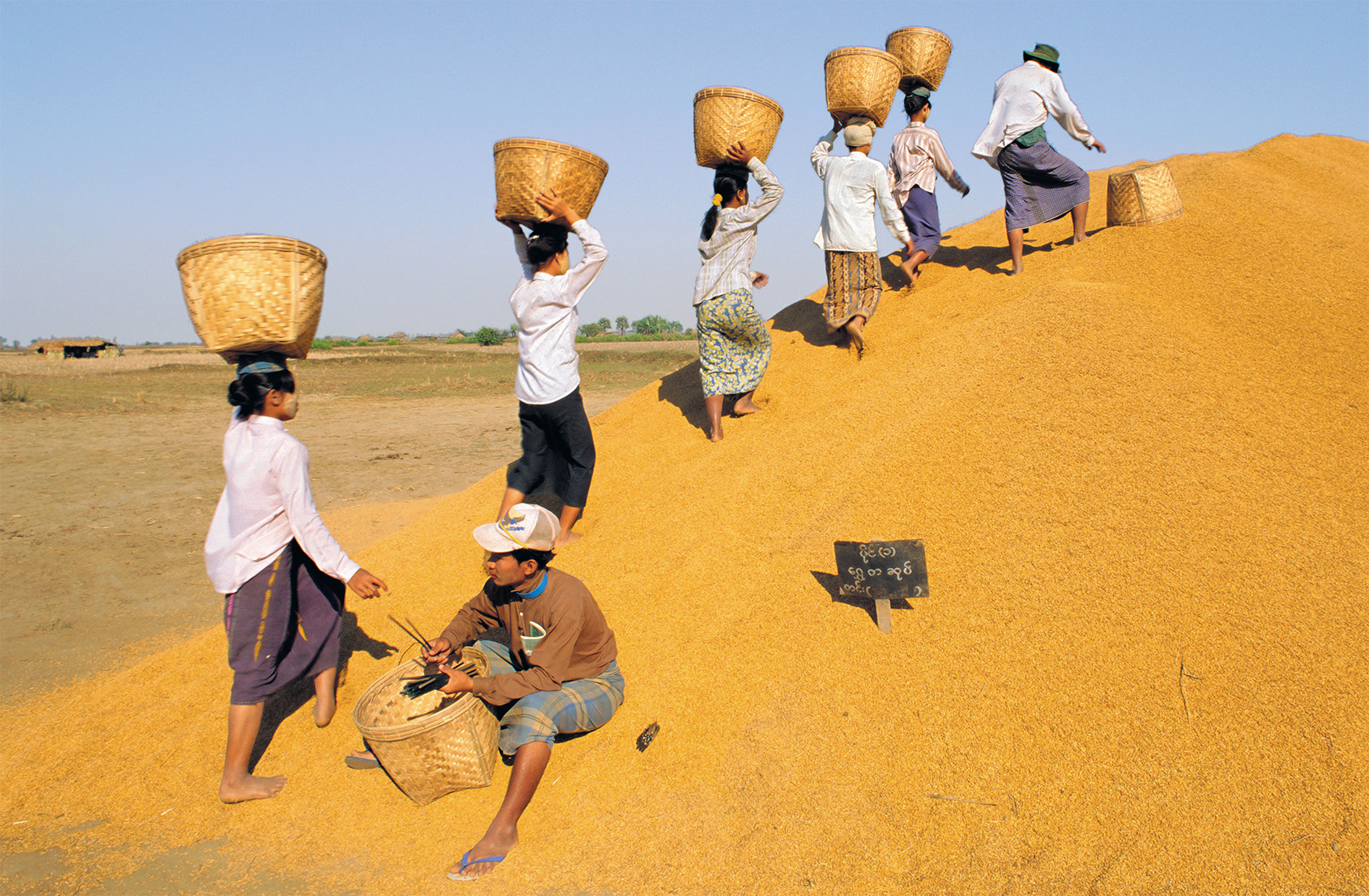 When tax gets paid in something as tangible as rice (as it is here in Thaton, Burma) it is much harder to dissimulate ownership and blur the amount owed. But in a globalized post-industrial economy the rich and powerful are much better placed to avoid paying their share and even being self-righteous about it.
Photo: James Strachan / Robert Harding

In an interview with The Guardian last year, the head of Google’s charitable arm, Google.org, Jacqueline Fuller, insisted that ‘Google is paying all the tax that is legally required, so we are a good citizen here’. Facebook, similarly, tells us that they ‘pay all the taxes that we are required to under UK law’. This form of words echoes that used by many other global companies.

If consumer-facing companies now try to reconcile their tax planning with their image as good corporate citizens, individuals are sometimes more candid. When his opponent Hillary Clinton challenged him for paying no tax for several years, Donald Trump replied that ‘that makes me smart’. He went on to say that, had he paid it, ‘it would be squandered, too, believe me’. It isn’t the suicidal move that you might think, either. Many Americans resent paying taxes when the public services they might actually use are so threadbare. The fact that the rich don’t contribute helps feed the popular perception that any taxes the state does manage to collect will be ‘squandered’.

The difference between big companies and rich individuals is more apparent than real. In an unguarded moment, Apple’s Tim Cook described the recent European Union decision to penalize his company for avoiding tax in Ireland as ‘total political crap’. The idea that only what governments and public agencies do is political is popular with corporate executives. But it is important to register the extent to which these corporations are themselves heavily involved in ‘political crap’. Most obviously, transnational corporations spend vast sums lobbying governments and legislators to secure changes to the laws governing taxation. The amount of tax that they owe (or don’t owe) is itself something that emerges from the ‘political crap’ of campaign contributions and efforts to manage the perceptions, and influence the actions, of potentially troublesome decision-makers.

And the politics doesn’t stop there. Apple’s decision to establish a ‘head office’ that, in the words of the Commission, has ‘no employees, no premises, no real activities’ is political in a way only corporate utopianism can be. Much of the corporate world has set itself against the idea that their profits are in any sense dependent on the actions of nation-states. They make the money from market transactions, and once their legal obligations to tax authorities are met (after the strenuous lobbying mentioned above) they should be free to keep the rest.

This approach manages to ignore or forget the many ways in which states, and the communities they emerge from, are necessary for corporate capitalism to operate. Most fundamentally, states create corporate entities that enjoy limited liability through their legal systems. They go on to offer them lavish research and development subsidies. In some instances, states will also provide diplomatic, intelligence and military assets to secure the interests of either individual companies or of their sector as a whole. And all of us contribute to conditions in which corporate executives, like everyone else, can walk the streets without worrying unduly about an outbreak of massive public disorder.

The dazzling technical complexity of corporate high-tech lends a surface plausibility to the idea that it is they alone who create value. And their position lends cover to many more, and far more economically significant, corporations that exist simply to shelter rents and interest payments from national tax authorities. As long as Google and Apple can resist any social obligation beyond the narrow demands of the law, a host of these rent-seekers can hide in its shadow.

Tax avoidance is harmful in itself. It distorts markets and frustrates competition. It deprives public authorities of funds with which to provide essential services. But tax avoidance is also part of a morbid syndrome that includes abusive labour practices, predatory treatment of suppliers and customers, and a general indifference to the legitimate claims of the rest of the population. Indeed, corporate tax avoidance is best understood as a particularly visible marker of a systemic collective pathology. It is, in other words, ‘total political crap’.

It is tempting to conclude that the response ought to be conventionally political. If large companies are seeking to escape regulation by nation-states, then nation-states ought to work harder to regulate them. The trouble is that the effort to constrain entities that do not accept the force of social obligations will never end. Every victory is temporary and will be met with renewed efforts to restore their previous freedom to treat taxation as an essentially optional matter. They will always have the means to play states off against each other. Some will even be able to use the resources of their home state to intimidate others into accepting predatory arrangements.

In the absence of states willing and able to insist on fair payment from the international corporate sector, our response must be more varied and subtle. As well as insisting on effective regulation, we need to work back from the simple principle that both property and money are achievements of state power. In a tyranny they are structured to secure for the ruling elite and their favourites the lion’s share of the surplus. In a democracy this ruling elite is, at least in theory, the population as a whole. It is, in other words, our money.

Many of us have been persuaded that technological progress depends on an unregulated, and untaxed, corporate sector. But this is not, and never has been, true. And indeed the effective absence of regulation is now a dead weight on innovation. Companies can make more money through the unbridled exploitation of property rights than by investing in new production techniques. Interest and rents are strangling the market economy. The political campaign against those who, in James Mills’ words, ‘profit in their sleep’ is most conspicuously a campaign against those who, through force or fraud, take what others have created and use it to set themselves over us all.

If our governments cannot live up to their democratic pretensions, it is up to us to decide how we are to spend the money and dispose of what property we do manage to control. By doing so collectively, and with one eye on the creation of public goods – companies that treat their suppliers, workers and customers fairly, and pay their taxes – we can begin to take away the space in which the transnational corporations currently operate.

Trade unions and other organizations are already starting to source goods from companies that meet defined labour standards by using accreditation and monitoring services like Electronics Watch (electronicswatch.org). This trend towards ethical supply chains can and should extend to investment in companies and co-operative enterprises that pay their taxes. In practice, this means that individuals and institutions that care about equality before the law and the establishment of a functioning economic democracy will favour suppliers that are transparently embedded in the countries where they operate. Eventually, we can create digital platforms that belong to their users and do not spy on them. And we will channel funds towards those who accept the need to pay taxes cheerfully and in full.

Dan Hind writes for The Guardian and opendemocracy.org. He is author of Return of the Public, Verso, 2012.

The dissimulation game
Fox in charge of the hen house