Education for all – The facts

A snapshot of progress, setbacks and future prospects

The number of out-of-school children has dropped by 30% since 2000. But gains are uneven across the world – and stalled five years ago. 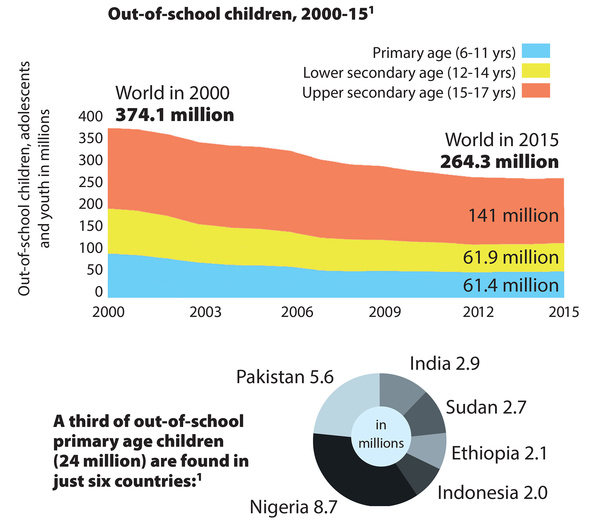 An increase in students has put a strain on resources.

Not just about where you live

Achievement varies by wealth and class within countries.

Pupil % scores in the 2009 international PISA maths tests, by economic, social and cultural status and gender4 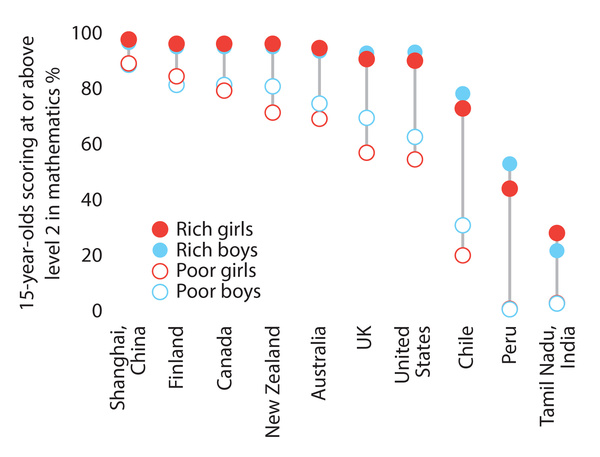 The total number of students going on to university or accessing vocational training has doubled since 2000. Women are closing the gap, but poor students, ethnic and indigenous minorities lag behind.

The ‘Sustainable Development Goal 4’ for Education aims for 12 years universal*, quality schooling by 2030. At this rate, we will hit the target 50 years late.

70% of children in low-income countries will complete primary school by 2030.

*universal = over 98% of countries worldwide

Progress towards achieving gender parity in enrolment, particularly in primary school, is hailed as a great success story. On average, roughly the same number of girls attended primary school as boys in 2014. But girls are less likely to move on to the next phase: fewer than 50% of countries were projected to reach gender parity in secondary school by 2015.8 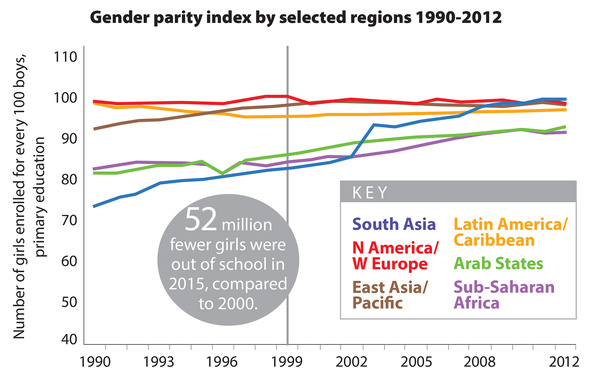 Many governments are spending more on education. But few have prioritized learning in national budgets.

Domestic spending dwarfs external assistance. But the total amounts fall short of what is needed to educate the world’s children.

Spending on education per primary-aged child in sub-Saharan African states, 20122 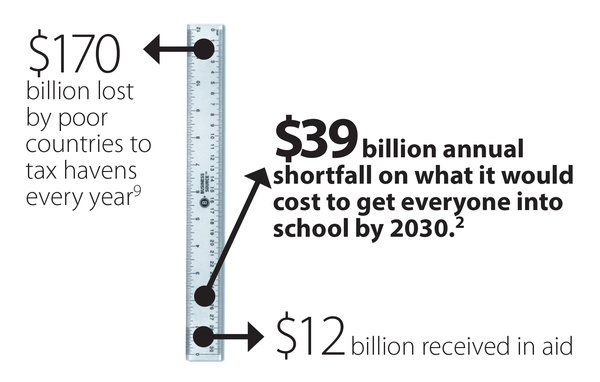 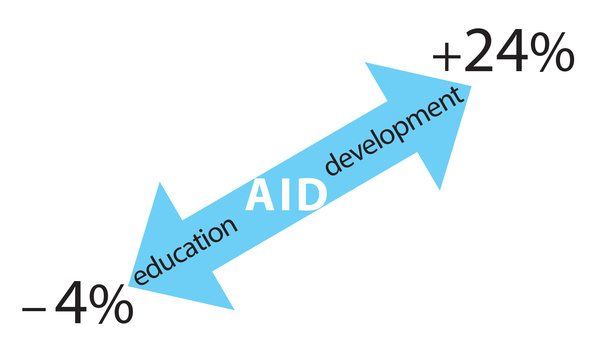 Donor spending on education is reducing as a percentage of total development aid. 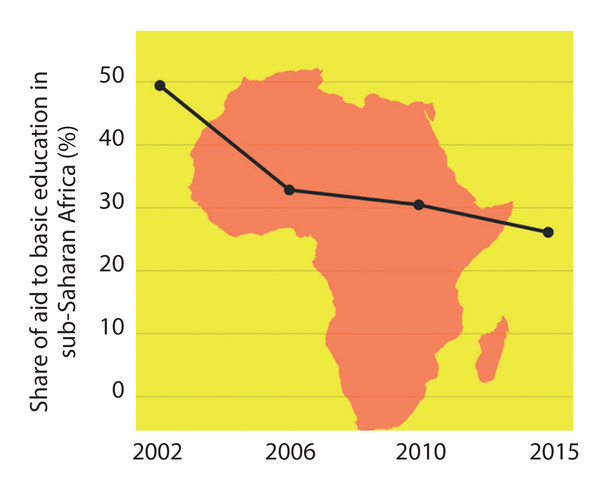 Aid is not going where it is needed most.

Donors are giving a similar share of aid to basic education in sub-Saharan Africa, home to over 50 per cent of the world’s out-of-school primary-age children, as North Africa and West Asia, home to just 9 per cent.

Around 25 million of the world’s out-of-school children are in conflict zones.12

Before the war in 2011, every child went to primary school. Now 2.8 million – in and outside the country – are missing out on education.14 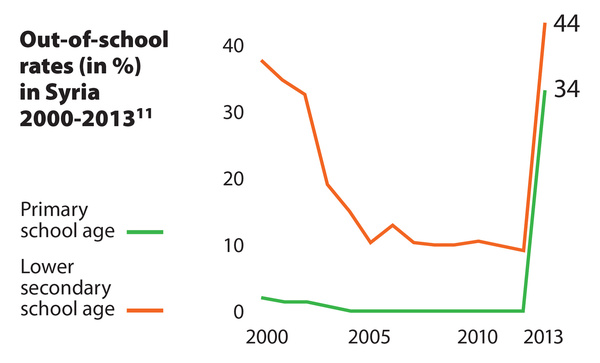 Leave no-one behind?
Will Google take over the classroom?