The West finds much to celebrate about the country, but it has the largest prison population in the Middle East and world’s highest per-capita use of teargas. Zoe Holman reports on the state of Bahrain. 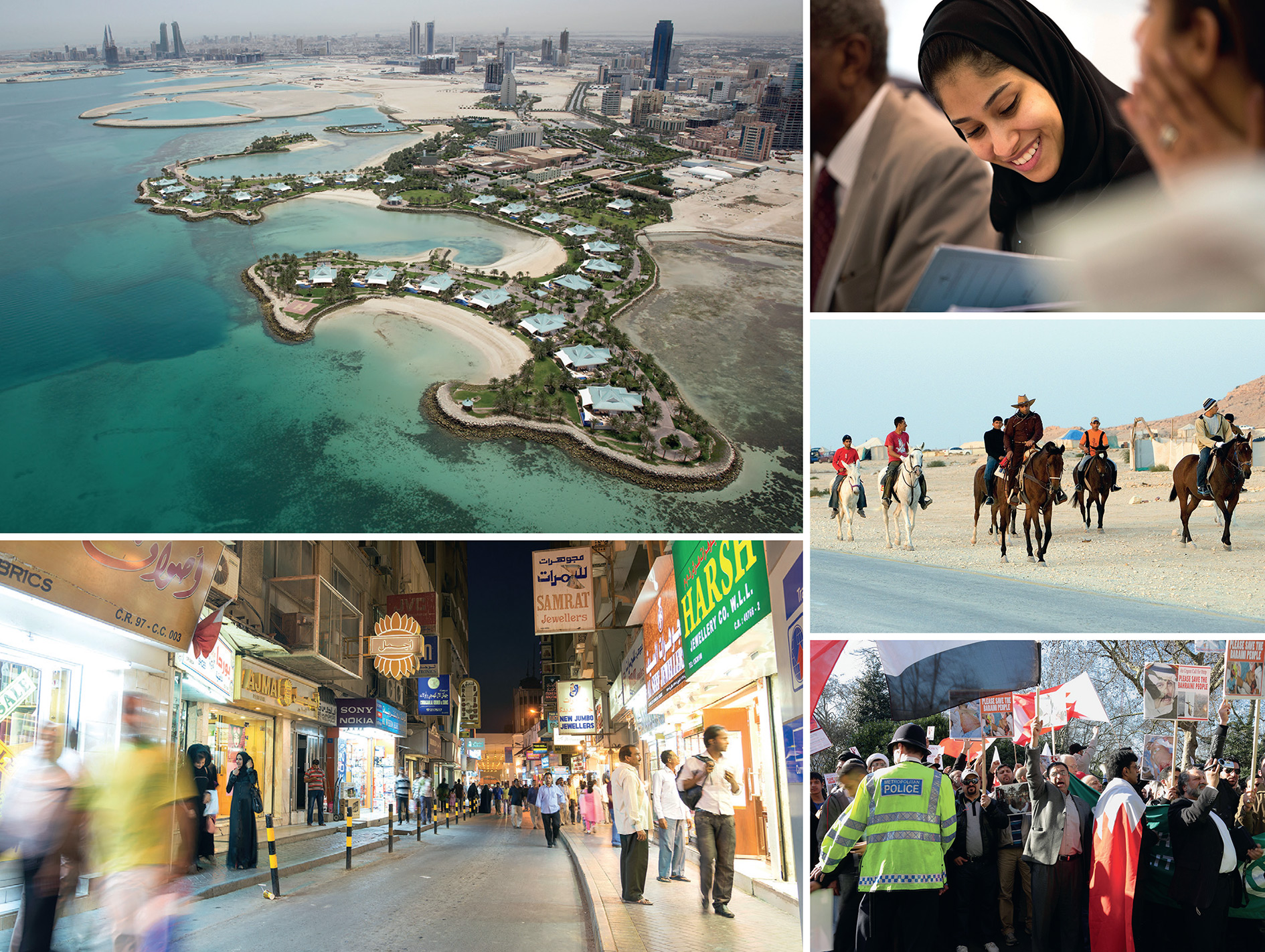 Clockwise from top left: Aerial photograph of the luxury Ritz Carlton resort near Manama, with the skyline of the capital in the distance; a Bahraini law student – there are more opportunities for women than in neighbouring Saudi Arabia; locals horse riding in the desert; a demonstration by Bahrainis in London demanding democratic rights in their country; the modern souk in Manama.
All photos from Alamy; photographers from top left: Ben Nicholson, Michael Austen, Giuseppe Masci, Peter Wheeler, Jack Malipan.

Last month, some 10,000 visitors funnelled through the Bahraini capital, Manama, for the country’s inaugural international arms fair, organized by the British company Clarion.

The event included US and Russian pavilions, with representatives from the UK Department of International Trade among its patrons.

Attended by simultaneous outcry from human rights campaigners, the fair seemed to emblematize the geostrategic role of the tiny Gulf kingdom that has throughout its history relied on the protection – and patronage – of international players.

Bahrain, meaning ‘two seas’ in Arabic, is the only island nation in the Middle East, connected to Saudi Arabia by a 25-kilometre causeway to the west.

It was in 2011, when Saudi tanks ploughed across the bridge to put down peaceful mass demonstrations, that the country entered the international spotlight. But it has been on the radars of Western and regional powers for at least two centuries.

Bahrain came under Britain’s informal empire in 1820 when its Arab sheikh rulers were afforded status as a protectorate in exchange for co-operation in combating piracy. This bilateral dynamic has endured well beyond Britain’s imperial decline and Bahrain’s independence in 1971, though the UK navy bases were taken over by the US Fifth Fleet.

With its minority Sunni Muslim elite ruling over a Shia majority, the island has also been perceived as a battleground between Saudi Arabia and Iran. The entrenched rule of the Al Khalifah royal family has kept Bahrain firmly within Riyadh’s orbit, and pleasure-seeking Saudi sheiks may be found enjoying the greater liberty of Manama’s bars and resorts. However, persistent Shia dissent in Bahrain has continued to stoke anxiety among Saudi rulers aware of their own restive Shia population. 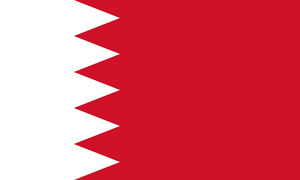 It is this narrative of sectarian rivalry that has been vigorously – and erroneously – employed by the Al Khalifahs to characterize popular opposition to their rule. The mass protest in 2011 brought forth well-worn regime claims of ‘Iranian-backed terror’, ‘sectarian violence’ and ‘Shia extremism’.

Yet the campaign did not initially call for regime change or revolution and it was rather the bloody and disproportionate counter-force with which the regime and its Gulf backers met these nonviolent, cross-sect protests that fuelled popular hostility. This outrage has been palpable ever since in Shia villages around the capital, where nightly rituals of tyre-burning and Molotov-throwing have persisted as local youths clash with the security forces.

The animosity is, however, driven by injustice and not ideology. Nor have such small-scale insurrections dented the monolith of Al Khalifah authority.

Despite the official ‘reform’ programme unfolded in 2011 to much Western applause, there has been no real effort on the part of the regime to deliver greater equality – for example, through overturning rules excluding Shia from the security forces and parliament.

Instead, human rights in Bahrain have nose-dived. The country has the largest prison population in the Middle East and world’s highest per-capita use of teargas. Torture, arbitrary detention and killing in its notorious jails are well-documented and the death penalty was revived earlier this year to execute alleged terrorists in what have been deemed extrajudicial killings. Activists have been routinely stripped of their citizenship. Opposition political parties have meanwhile been banned and freedom of expression further stifled.

All this has taken place not only without sanction from the international community, but in many cases, with its active support. Some £1billion ($1.3 billion) of UK Foreign Office funds have, for example, been poured into ‘training’ Bahraini police and security forces since 2011, while Britain is estimated to have sold over $85 million worth of arms to the country between 2010 and 2016.

Small wonder then that, despite the atrocities, the West is finding much to celebrate about Bahrain. 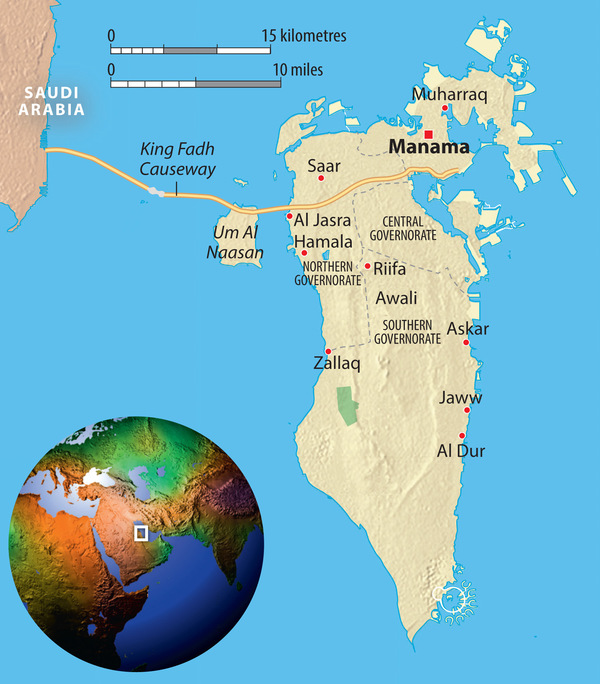 Leader
King Sheikh Hamad bin Isa Al Khalifah succeeded to the throne in 1999 after the death of his father Isa bin Salman, who had ruled Bahrain since 1961.
Economy
GNI per capita $22,700 (Saudi $21,750, UK $42,390).
Monetary unit
Bahraini dinar.
Main Exports
60% of Bahrain’s national income is from oil exports, with other primary industries including aluminium and textiles.
Population
1.4 million. Population annual growth rate: 3.8%. People per square kilometre: 1,848 (UK 271).
Health
Infant mortality 5 per 1,000 live births (Saudi 13, UK 4). Lifetime risk of maternal death 1 in 3,000 UK 1 in 5,800). HIV prevalence rate: 0.1 per cent.
Environment
Large areas of Bahrain are at risk of desertification from the degradation of its limited arable land and coastline, which is being destroyed by unbridled sand-dredging and oil-spills.
Culture
Bahrain’s population is majority Arab (around 49%) with various South Asian (mostly Indian) immigrants constituting around 45% alongside African, European and other ethnicities.
Religion
71% Muslim, 10% Christian, 10% Hindu, 9% other. The Muslim population is estimated to be around 70% Shia.
Language
Arabic is the official language, though English is widely used, as well as South Asian languages.
Hdi
0.824, 47th of 188 countries (Saudi 0.847, UK 0.909).

Income Distribution
Though few Bahrainis live below the poverty line, crony capitalism, corruption and uneven distribution of resources have produced severe and growing income inequalities.
1998
Literacy
95% Bahrain has the highest female literacy rate in the Arabian Peninsula at 93.5%. Public education is free and mandatory for both girls and boys up to age 14.
1998
Position Of Women
Bahrain ranks well in measures of formal gender equality compared with other countries in the region. Women hold around 19% of parliamentary seats, while abortion is legal and contraception readily accessible.
1998
Life Expectancy
77 years (Saudi 74, UK 78).
Freedom
Since 2011, the government has escalated its crackdown on freedom of the press and expression and now owns all broadcast outlets, with de facto control over print outlets. Government surveillance is rife and Shia religious and political figures face serious barriers to operating freely.
1998
Sexual Minorities
Although the current legal status of same-sex relations under Bahraini law is ambiguous, recent years have seen reports of both women and men charged and imprisoned for homosexual activity. Non-gender-conforming individuals also face harassment and abuse by police and civilians.
Politics
Bahrain is nominally a constitutional monarchy with regular parliamentary elections, but the political process is far from free or fair. The government has made concerted efforts to erode the Shia majority through promoting citizenship for foreign-born Sunnis. Formal political parties are illegal and registered opposition ‘societies’ have since 2011 – when the country came under martial law – had their activities further curtailed or have withdrawn from elections in protest at gerrymandering and corruption.
1998