Husna Rizvi reports that many people refuse to treat the vulnerable as expendable. 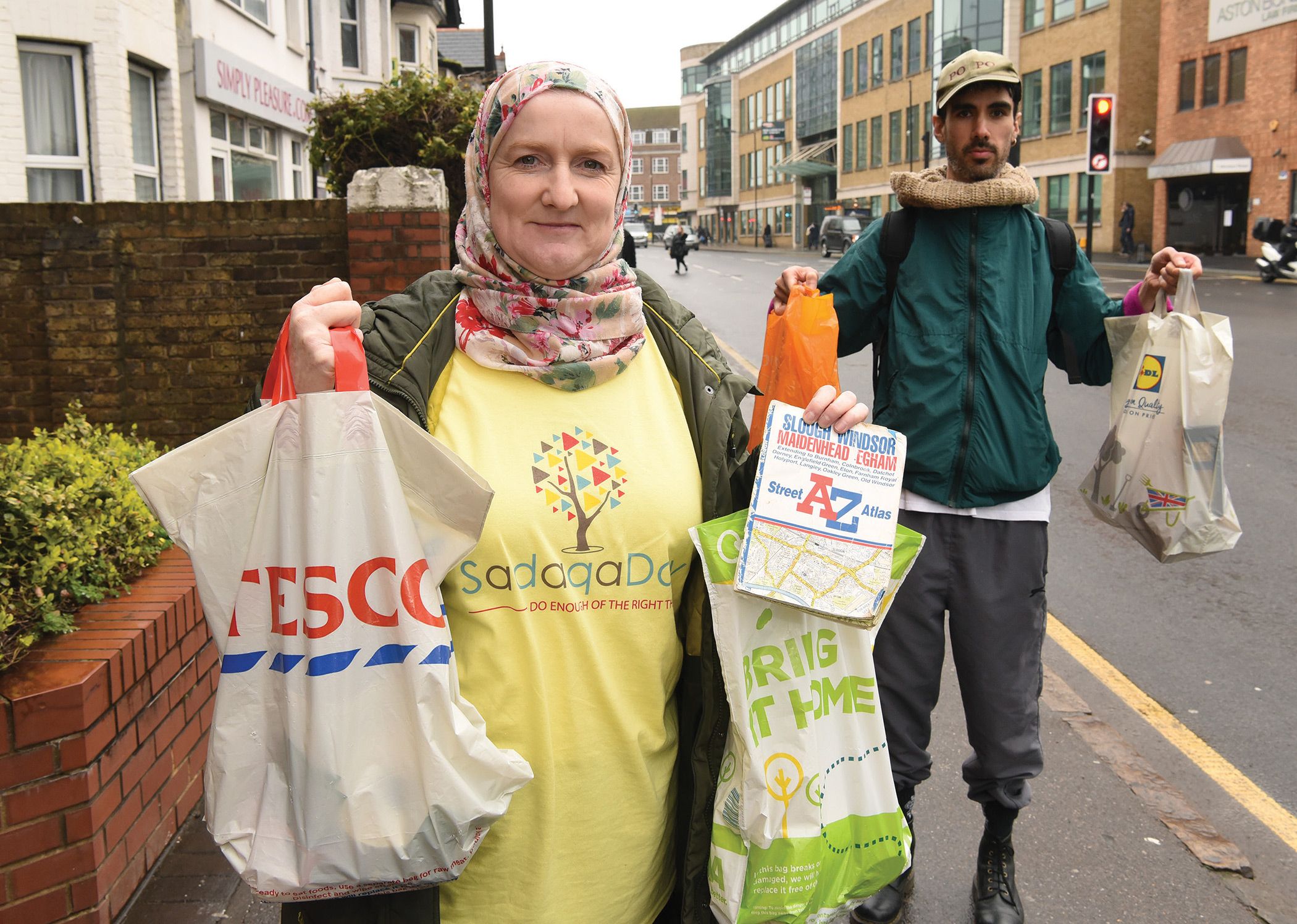 Outbreak of support: Julie Siddiqi and Nick Garcia from the Slough branch of the UK's Covid-19 mutual aid network are volunteering their time to do food deliveries, prescription pick-ups and dog walking for vulnerable residents.
Photo: Baylis Media LTD

Coronavirus has exposed the already vulnerable – the elderly, the immunocompromised, rough sleepers, undocumented people, those with psychological disabilities, single parents, those in insecure work – to countless more vulnerabilities. But powerful examples of mutual aid have also cropped up all over the world, showing us that no-one’s life is disposable and pointing to the indispensable role of solidarity to carry us through the crisis.

In the UK, over 600 groups have emerged, some with over 9,000 volunteers each – people pledging to do grocery shopping, fill prescriptions, do childcare for healthcare workers, and chat to those experiencing loneliness in quarantine.

By caring for some of those who are typically neglected by the state, grassroots organizing has also expanded the boundaries of community. The Irish government has followed suit, announcing that undocumented people will be able to seek medical care without fear of deportation.

And as many major economies announce a mortgage holiday for homeowners – though not passing on the same amnesty to renters – insecure tenants are using this moment to organize major rent strikes in over eight North American cities.

‘I’m going to cry, but with joy this time,’ a New York City-based tenant organizer tweeted. ‘Fast-food workers are self-organizing general strikes, nurses and garbage collectors are putting their foot down, tenants are finally asking what comes after a rent strike, not how to do a rent strike.’

Despite the Malthusian rhetoric rife on social media, the virus has shown that many refuse to treat the vulnerable as expendable. In Dhaka, volunteers are disinfecting public transport and hospitals, at their own risk. And in Pakistan, a newly formed Labour Relief Campaign has gathered rations for laid-off factory workers. They say their campaign isn’t charity but is instead ‘social solidarity to those whose labour makes our society run’.

Human rights defendants acquitted
Covid-19: Those most at risk