How to finance a Green New Deal that is truly global? Fadhel Kaboub has a proposal that builds in colonial and climate reparations. 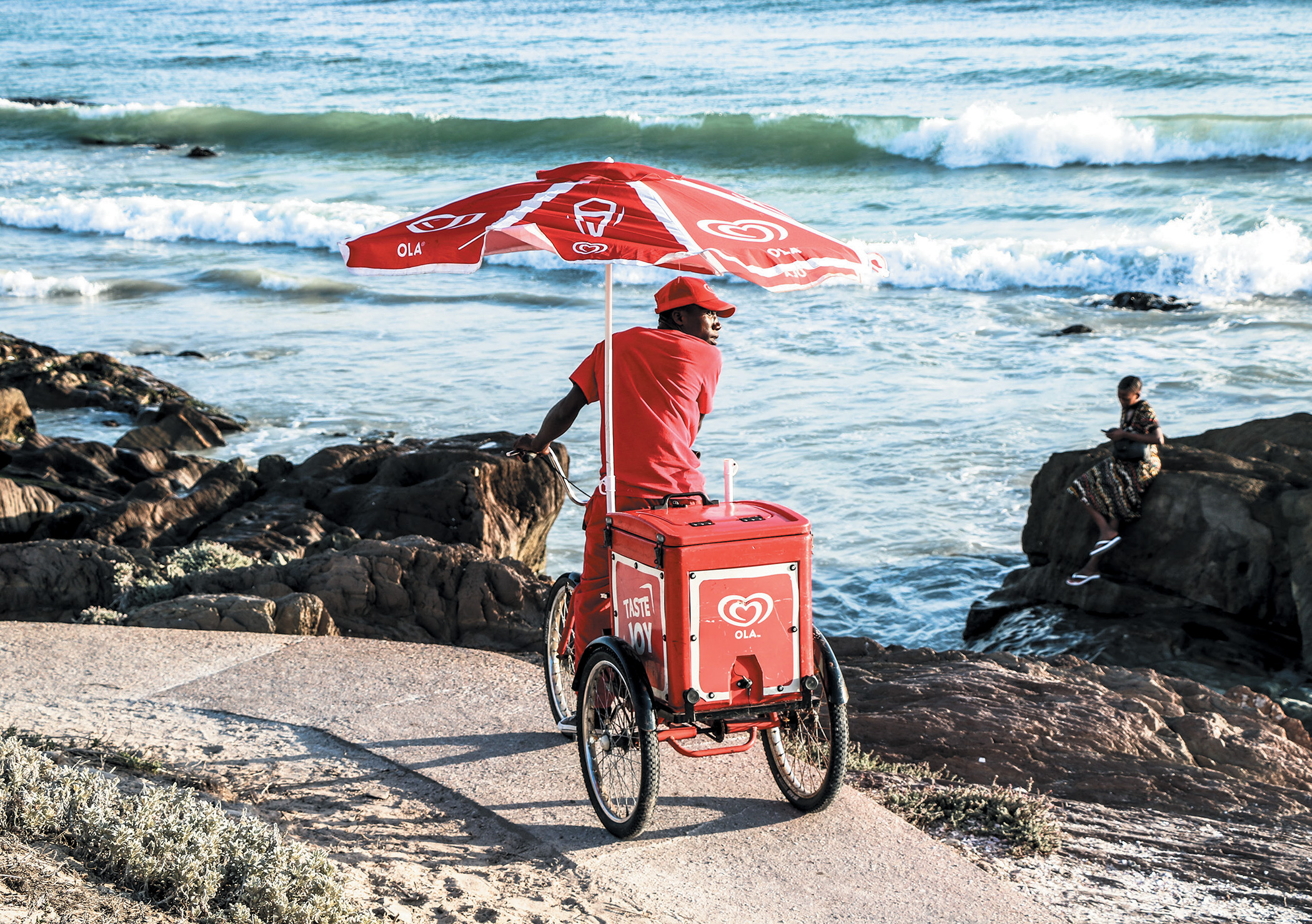 A man sells ice cream from an Ola cart in Bloubergstrand, South Africa. Ola is owned by Unilever. Rather than giving transnational corporations more power, a Global Green New Deal could be partly financed through climate reparations.
Photo: Louis Smit/Unsplash

For years, Green New Deal frameworks have been debated across the world. How can climate change and economic inequality be addressed at the same time? The Covid-19 pandemic has further revealed the structural weaknesses in the global economy, heightening concerns about these two issues. Such crises cannot be tackled by national policies in the Global North alone. The same applies to developing a global Green New Deal (GND). What would it look like and how might it be financed?

The three pieces of the puzzle we have today are: the planet is one fire; we have millions of people who want to work; and we have increasingly cheaper, more reliable and more efficient technological solutions that can be deployed on a global scale to reduce both carbon emissions and economic inequality.

The list of ‘low-hanging fruit’ solutions is very long, including scaling up renewable energy, reducing food waste and switching to lower-energy lighting. But let’s also recognize that although the current state of technology is good, it’s not good enough. Consider the extractive impact of scaling up the production of solar panels, wind turbines, batteries, and electric vehicles. Mining for cobalt, lithium and rare earth metals will have a devastating ecological effect on some of the world’s most vulnerable communities. Therefore, it is vital that we dedicate a substantial amount of resources to invest in research in and development of low-impact materials. We also need to build the infrastructure for a 100-per-cent circular economy in which every product’s user manual includes a proper ‘living will’ that indicates how all of its components will eventually be reused and reintroduced back into the circle. 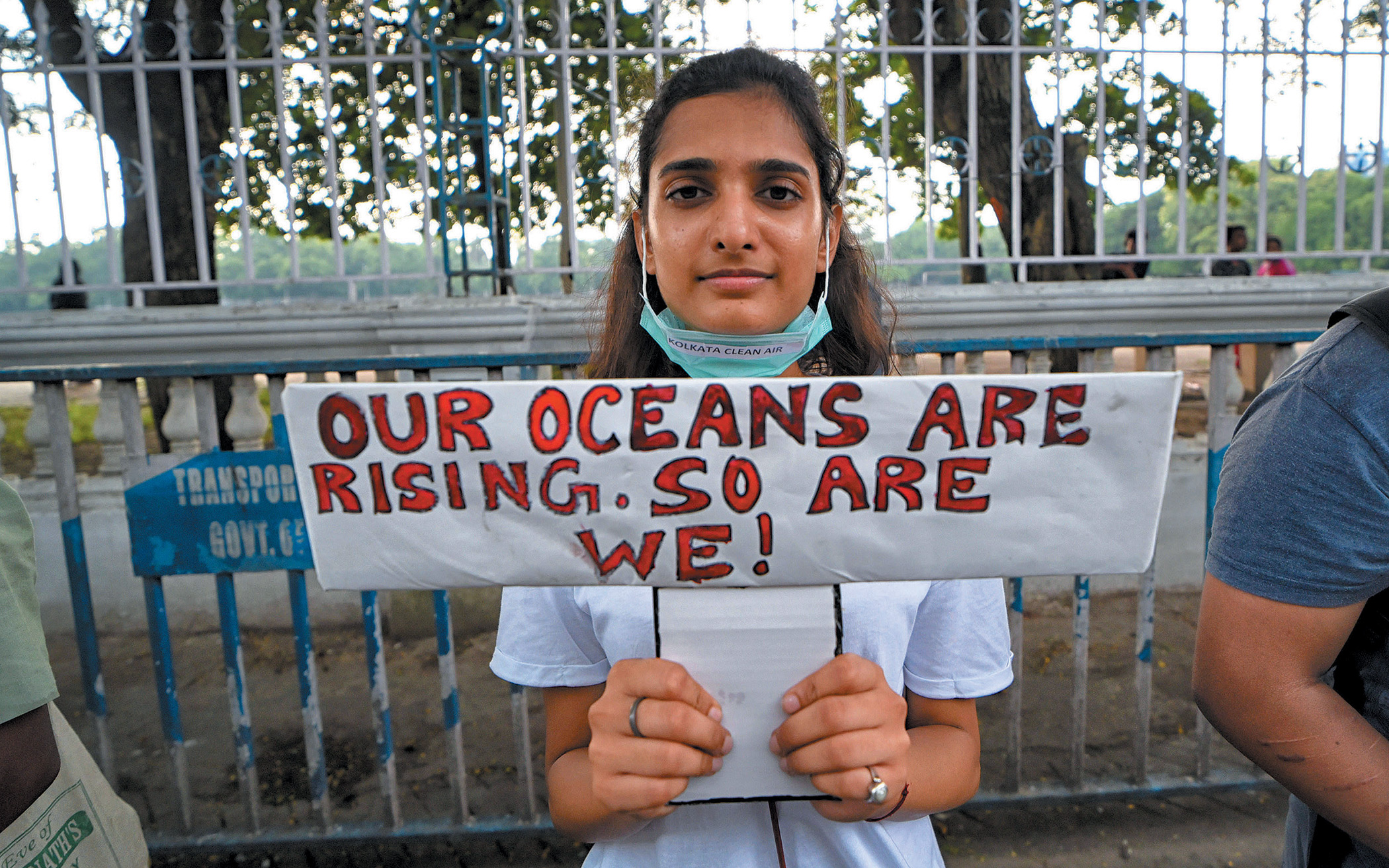 These solutions are within reach, but we are told that the main obstacle is finding the money. Conventional economic thinking claims that there are only two possible ways to pay for a GND: tax revenues or government borrowing, which must be paid eventually via future tax revenues. Both these options require higher tax rates on the rich, transnational corporations, fossil-fuel companies and banks. All of which sounds perfect! However, there are two fundamental flaws in this approach. First, there is a logical inconsistency. If the funding comes from the rich and powerful corporations (which are very influential in politics), then we would want them to be even richer (which makes them more influential in politics) so we can tax them more. Second, the conventional claims that larger government deficits and a rising national debt would cause inflation, higher interest rates and insolvency have been proven wrong. Case in point: the US and the Eurozone since 2008, or Japan since the 1990s with its current record of 230-per-cent debt-to-GDP ratio with no hint of inflation.

We do not need the money or permission of the billionaires to fund a Green New Deal, but we can still tax their ill-gotten wealth out of existence

I believe that a more coherent framework for a GND, both at the national and global level, is offered by Modern Monetary Theory (MMT), which highlights the difference between the spending capacity of the sovereign issuer of the national currency (the government) and that of local authorities, businesses and households (the currency users). Whereas conventional economics claims that government spending is limited by its taxing and borrowing capacity, MMT takes the approach that the scope is typically much larger than that. Fiscal space is constrained by potential inflation risks, which may materialize for two reasons: first, inflation occurs due to the lack of real productive capacity such as skilled labour, infrastructure, technology and other inputs. The good news is that productive capacity is producible, and its production creates even more jobs. Second, inflation may also occur due to abusive price-setting behaviour by powerful corporations which raise prices of, say, pharmaceuticals or energy, simply because they can. This kind of inflation does not need to mean a less ambitious GND programme, but rather can be dealt with by taxing and regulating these abusive price-setting practices out of existence. In other words, making those markets more competitive.

Spending and taxation at the national level are both very important but cannot and should not be linked in a way that requires taxing this to pay for that. Therefore, we should spend on national priorities such as a GND and at the same time tax excessive wealth, pollution, speculation and predatory market behaviour out of existence. This way, we do not need the money or permission of the billionaires to fund a GND, but we can still tax their ill-gotten wealth out of existence. In other words, we need to stop thinking in terms of redistribution of wealth and instead establish a system of just and equitable pre-distribution in the first place. 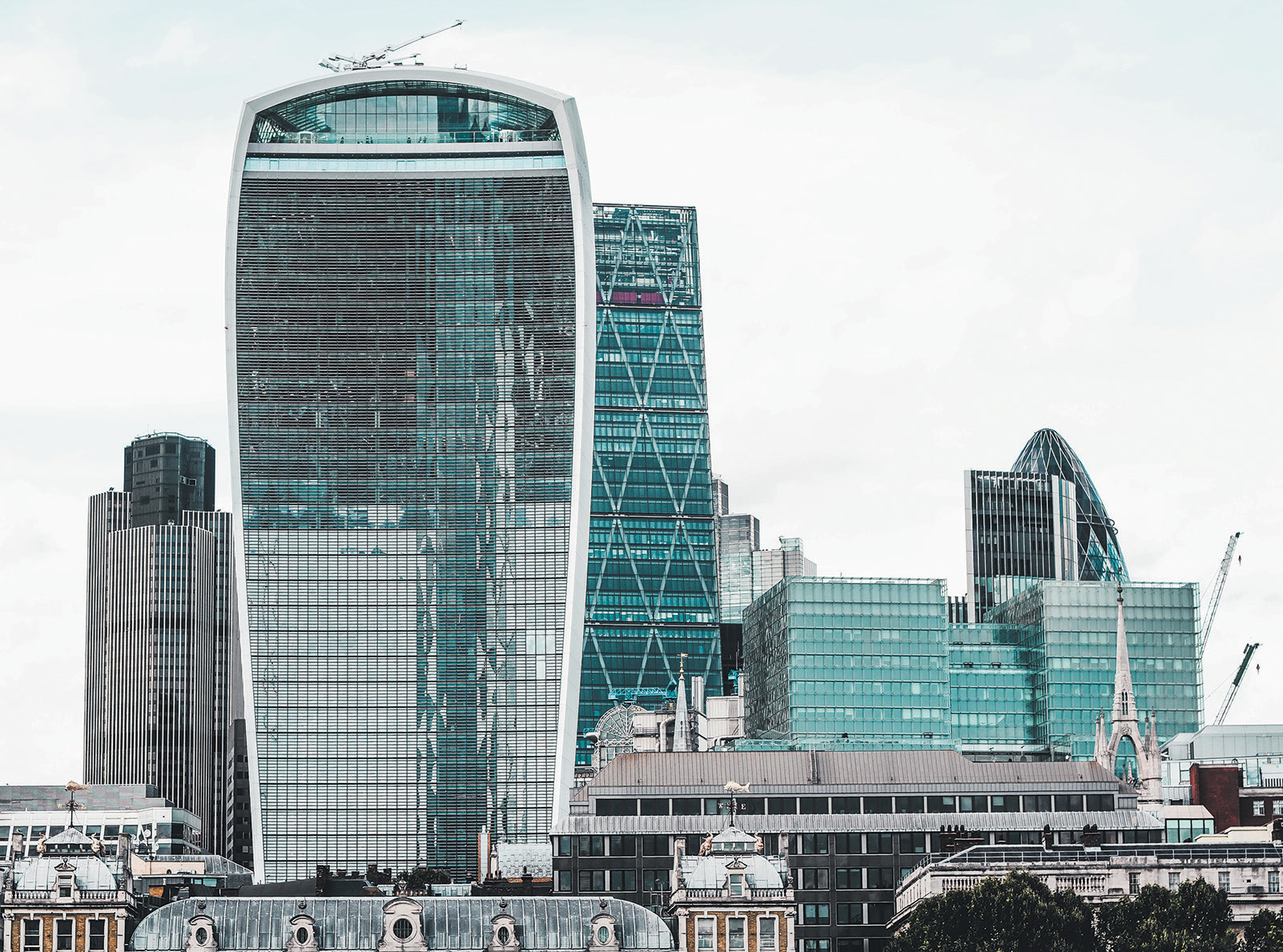 Is it time to tax excessive wealth out of existence?
Photo: Toa Heftiba/Unsplash

Countries enjoy different degrees of monetary sovereignty. The spending capacity of countries in the Global North is much higher than that of the Global South. Unless we devise a just system to finance a GND framework in the Global South, a Global GND is not possible. Rather than arguing for foreign aid or a tax on the Global North, I would argue for reparations for colonial and post-colonial harm done to the people of the colonized lands and to the planet.

Effective reparations require three key elements: telling the truth, offering a genuine public apology and repairing the damage. A Global GND could include a Global Truth & Reconciliation Commission (TRC) to hear and acknowledge the grievances of people who suffer the socio-economic, environmental and humanitarian consequences of colonial and post-colonial policies that have contributed to climate change and global inequality. The purpose of TRCs is not to send a guilty party to prison, but rather to allow the truth to emerge, the harm to be acknowledged, a genuine public apology to be made, and for both parties to heal. It is a form of restorative justice.

A Global GND reparations programme must do three things: one, provide financial compensation for climate and colonial debt (that includes Global South sovereign debt cancellation); two, transfer technology and resources to regions or countries that require assistance; and three, redesign the global economic and financial architecture for a more sustainable, prosperous and equitable system.

The current global financial system extracts nearly $2 trillion annually in net payments from the Global South, taking into account all global transactions. It is a broken system that must be repaired. Without a structural transformation, the human species will not survive. I believe MMT offers the coherent framework to pay for a Global GND that is consistent with restorative justice and sustainable prosperity principles.

Fadhel Kaboub is an associate professor of economics at Denison University and the president of the Global Institute for Sustainable Prosperity.