Half of the 200 indigenous languages spoken in Australia before the British arrived have died and fewer than 20 are being taught to the next generation. But Katrina Power is one of those busy bucking the trend.

Some linguists argue that allowing languages to die or go extinct is a natural process. But the demise of Kaurna – my language, the language of the indigenous peoples of the Adelaide plains – came about not through natural change, but through globalization and colonization. The Kaurna people refuse to switch off the life-support system, however.

Today, we are emerging from a colonially induced coma to reclaim our human right to speak our own language. We see ourselves as reawakening a ‘sleeping’ language.

The British invasion of South Australia in the 1830s effectively silenced our language. Although the first missionaries encouraged its use and opened a Kaurna language school, five years later Governor George Grey closed it down and banned the language entirely.

Today, we are emerging from a colonially induced coma to reclaim our human right to speak our own language

The settlers also introduced European diseases that wreaked havoc on the Kaurna population; survivors were evicted from their homelands and forced to relocate to remote missions and reserves. They were deprived of natural game and vegetative resources and their watering holes and rivers were deliberately poisoned.

Women were kidnapped; children were forcibly removed from their families and sent long distances to residential schools, where they were taught in English.

Many Europeans studied and documented the Kaurna language in the first years after the invasion, but most were not trained linguists and had not learned an Australian language before. As a result, some of the original source materials are difficult to read and interpret.

Nonetheless, German missionaries Clamor Wilhelm Schurmann and Christian Gottlob Teichelmann, who had opened the Kaurna language school, are credited with recording approximately 3,000 words, phrases and sentences during this time.

Some Kaurna people today are sceptical about the documented language and its revival, suggesting it has been bastardized by white people. In addition, questions are raised about how representative the language is of the whole community. Schurmann and Gottlob talked only to Kaurna men, so the language of women, whose lives and business were separate from men’s in Aboriginal culture at the time, was not recorded. There are, however, examples of younger children, including girls, working with the missionaries. Like many Kaurna people, I am grateful that our language has been documented in some form. Many other indigenous Australian languages, never documented, are now lost.

In the early 1980s, Kaurna people started returning to their traditional homelands and a significant movement began to reclaim the language and reassert a unique identity. The local community lobbied for an Aboriginal school and for the teaching of Aboriginal languages. Linguists Rob Amery and Jane Simpson have for two decades been working with Kaurna Warra Pintyanthi (KWP) – a group of Kaurna Elders and young people devoted to breathing new life into the language by creating new resources to enable Kaurna to develop as a fully functioning language. 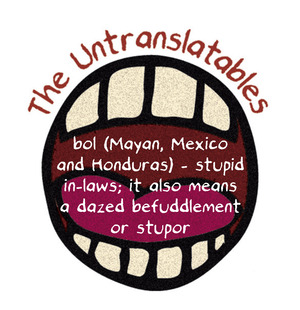 He is now KWP co-chair and, at 83, the community’s oldest living man. He is known as a pirrku mankulankula – an ambassador of the Kaurna people. ‘If you have your own language, you can have your own dance, you can have your own song and you’ve got your own ways of thinking and solving problems,’ he says. ‘Language is culture and culture is language. If you don’t have language and only speak the language of [other] cultures, you have to fit in and be assimilated.

‘It has always been important to me to speak my own language because it’s who I am, it’s where I belong. It gives you the coding to be able to address things differently. I think you [should] celebrate difference.’

While Kauwanu Lewis was making the inaugural Kaurna speech in 1989, Ngarrpadla Alitya Wallara Rigney, who was KWP chair at the time, introduced Kaurna as the first school language programme at Kaurna Plains School.

The community had lobbied Australia’s state and federal parliaments to establish an Aboriginal School, arguing that the mainstream education system failed to meet the needs of their children. The Kaurna Plains School was established in 1986 to coincide with the 150th jubilee celebrations of colonial South Australia. It remains the only metropolitan Aboriginal school anywhere in Australia.

Ngarrpadla Alitya was the founding principal and is an enthusiastic promoter of Kaurna. ‘We’ve had to hide our language for so long since contact [with the British] that we thought our language was dead. But thanks to the spirits this was not so. It only lay dormant. Language helps to revive, restore and culturally reaffirm Aboriginal people in our identity. Our language is linked to our land. It is intrinsic to our culture. It gives us the clues that tell us about our environment, the meaning for our existence.’

The United Nations still defines the Kaurna language as ‘definitely endangered’ – meaning that children are not speaking it – but it is now being introduced into Kaurna families. This is significant not only in reversing the UN definition, but also because speaking in one’s mother tongue is believed to be a significant protective factor against suicide.

According to the authors of a 2007 Science Direct report, ‘any perceived threat to the persistence of personal or cultural identity poses a counterpart threat to individual or community wellbeing. […] Failures to achieve any viable sense of self or cultural continuity are strongly linked to self-destructive and suicidal behaviours.’

‘Revival becomes a strength and gives us courage and the stamina to go on,’ he explains. ‘It is like finding a long-lost cousin. Your language holds the key to culture. Indeed, the power to communicate directly in a language that is yours, that is inherited from the land and the Dreaming [creation stories] is a source of inspiration for me.’

At present, the Kaurna language is mostly used in the public domain: speech-giving, performance and song. Words, phrases and short texts have also appeared in public art. All of this helps to raise the profile of the Kaurna people, their land and culture. But for the language to survive, it must be used within families and the community at large. Though this use is limited, it is increasing.

When Captain Cook arrived in Australia in 1788 he deemed it ‘Terra Nullius’ – a land belonging to no-one. Since that time, there has been the misconception that Aboriginal Australians meekly surrendered. The reclamation of our language and culture is the ideal, nonviolent act of resistance to oppression. We have never resorted to violence to have our voices heard in this country.

I am neither a linguist nor an academic, but I am committed to the use of the Kaurna language, our ritual and ceremony in order to improve, and prolong, Aboriginal lives.

Languages - THE FACTS
Up and down