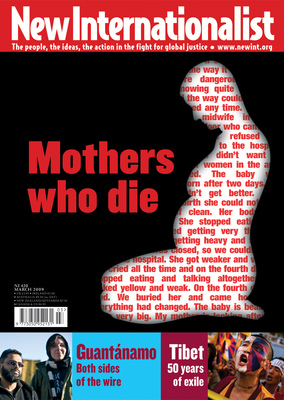 This month’s main theme has been put together with the support of UNICEF. It actually emerges out of research and writing that I did last year for the UN agency, which has been doing its utmost in recent months to raise awareness of the unnecessary deaths of mothers and newborn children, especially in Africa and South Asia. I’ve been writing for UNICEF alongside my work for New Internationalist for eight years now, yet this is the first time for more than a decade that there has been such a close collaboration between the two organizations. We hope it will be the first of many.

March marks the 50th anniversary of the Dalai Lama’s flight into exile from Chinese-occupied Tibet, followed by thousands of his compatriots. Journalist Nick Harvey has visited Tibetans in both India and Nepal and heard about all the frustrations of life in exile – as well as their plans for future resistance. They are probably now wondering if the new US President might conceiv- ably make a difference to their situation.

One of Obama’s first acts following his inauguration was to draw a line under one of the most shameful episodes in recent US history – the living monument to human rights abuse represented by its Guantánamo prison camp. This magazine carries testimony not only from a former prisoner but also from an ex-guard who is just as outspoken about the inhumanity of the penal regime.

Maternal mortality, Tibet, Guantánamo... big issues clearly worthy of notice. But these editor’s letters rarely draw attention to some of our regular features that in their own quiet way tell us just as much about the shape of our world. Maria Golia’s Letter from Cairo, for instance, this month offers a vignette drawn from everyday life that speaks volumes about the knots of culture, race and class in which we all tie ourselves up. 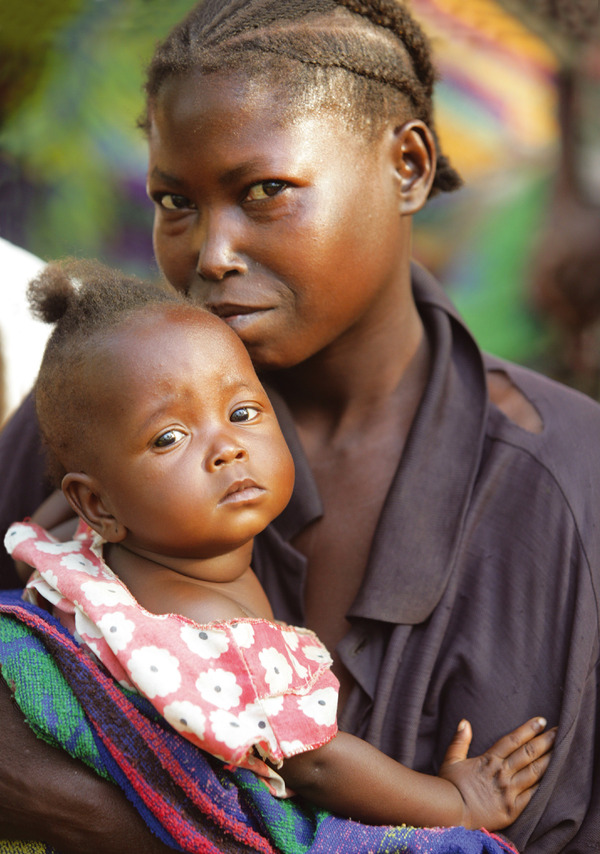 Why are so many women still dying in childbirth? Chris Brazier explains how they could be saved.

There is a bigger gulf in experience between the Global North and the Global South in maternal death rates than there is on any other human development measure. The average lifetime risk of maternal death in the rich world is 1 in 8,000, compared with 1 in 850 in developing countries and 1 in 450 in least developed countries. 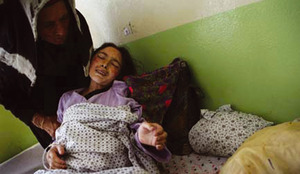 Afghanistan has the second highest maternal mortality rate in the world. And behind every death there is a poignant story – told here by a sister, a husband and by photographer Jean Chung. 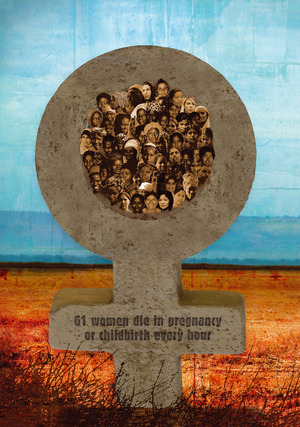 A visual memorial to the 61 mothers who die every hour, by artist Rowena Dugdale.

Pilirani Semu-Banda meets a young woman from Malawi who thought her life had been ruined by giving birth – until she heard about a simple operation. 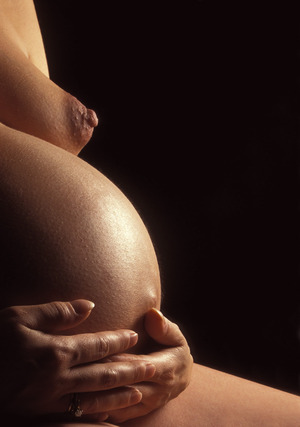 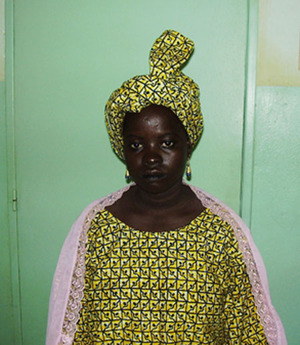 Mariama lost two babies in childbirth - because she had no help. This is her story. 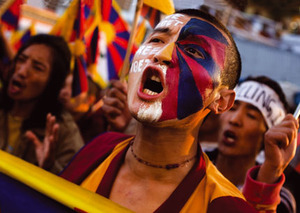 It is half a century since the Dalai Lama and thousands of other Tibetans were forced into exile by the Chinese occupation. Nick Harvey talks to exiles young and old about their hopes for their country. 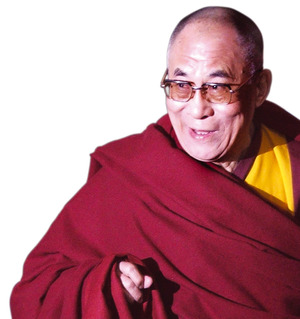 A brief history of Tibet

Guantánamo: Both Sides of the Wire

Rowenna Davis meets a guard and an inmate from the notorious US prison camp in Cuba.

How long must we sing this song...? 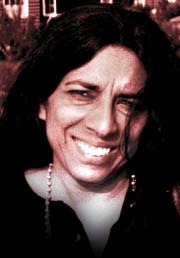 Remembrance of things past

Not such a natural disaster 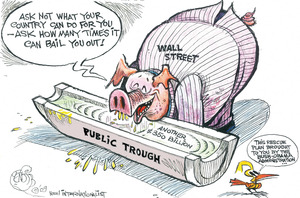 This month’s guest cartoonist is Khalil Bendib. Polyp is taking a month’s break from Big Bad World to work on his forthcoming NI book Speechless: a world history without words. Normal service will be resumed next month. 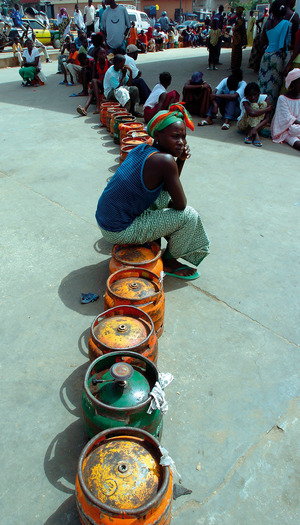 A queue for gas, captured by Senegalese photographer Djibril Sy.

Why Cambodians need the Khmer Rouge on trial, by Tom Fawthrop. 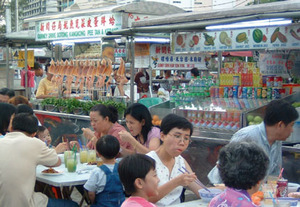 Visitors to Kuala Lumpur could be forgiven for thinking that they have landed in a highly developed nation. But hidden from the casual visitors’ view are the urban slums, crammed high-rise lowincome housing, rural villages still in poverty. 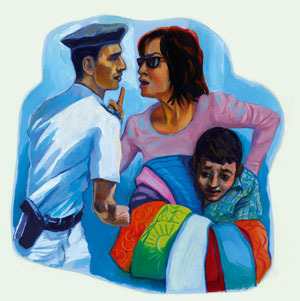 Maria Golia goes into battle for the underdog – and then wonders just what she has done.

CIA enlarge their presence in Afghanistan

True tales of a mixed-up world

Debt and the Shadow Side of Wealth by Margaret Atwood

The Last Supper is an erudite and entertaining novel of boundless ambition in its concept and consummate skill in its delivery.

Written and directed by Aditya Assarat

An unshowy, very human story, of a man who makes unexpected connections and rediscovers his own life

Pashm’s band – a judicious mixture of Greek, Jewish and Balkan musicians – belt along with brass, baglamas, woodwind and lyres at their disposal.

Funked-up Hebrew rap, full of asides about booze, girls and – this is one you wouldn’t find with Enimem – gefilter fish.