'The Republic of Possibilities' 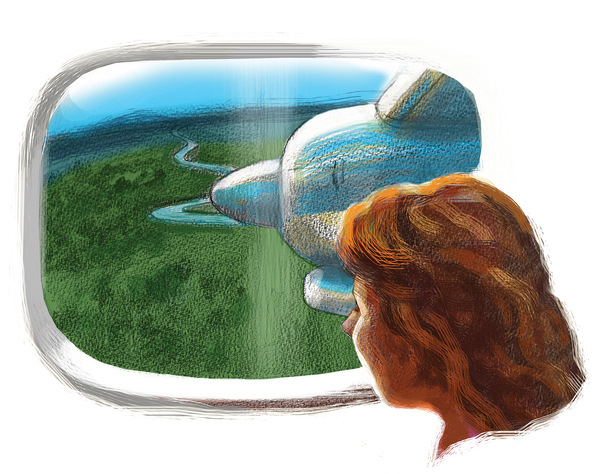 I am on the floor, panicking, the contents of the last two and half years of my life strewn all around me. I’m in the midst of packing up my house. In just a few days I am flying out of the Central African Republic, leaving for good.

I feel unsettled, sad, and yet happy. I’ve said most of my goodbyes, and know that this is the right move for me. Right now I ought to be stuffing items in my suitcases and boxes, but instead I reach for one of the many notebooks that I’ve filled since first arriving here. I lean back against my bed and start flicking through the pages, reading passages, laughing and shaking my head, tears in my eyes. I’m so glad to have these stories in my hands because they rekindle so many precious memories.

I recall the first time I arrived in Bangui. It was just three months after Seleka rebels had stormed the capital and driven out the government. I took a taxi from the airport into downtown Bangui under louring monsoon clouds. My luggage hadn’t arrived, and my new neighbour, a Chadian and one of the most beautiful women I’ve ever met, lent me her own clothes. Later that year, she had to go into virtual hiding because mercenaries from Chad had joined the Seleka rebels and her life was at risk from reprisals. I still have some of her clothes.

I recall the evening, months later, when a gun battle erupted just as I was leaving a local café. I had to sprint back across the street with half a dozen others as bullets cracked and ricocheted around us. I’ll also never forget visiting a riverside Bangui restaurant, where the waiter told me corpses had just been dragged out of the water, their hands tied behind their backs and throats slit by Seleka. And the stench of fear across the city.

I’ve written about the good times, too, and believe me there have been plenty. I recall my first ever flight across CAR – the small UN plane seemed to skim over an endless canopy of forest veined with rivers and red-brown mud tracks. ‘I bet no-one ever told you that our country is beautiful!’ The man sitting beside me twinkled.

On that first trip I motorbiked hundreds of kilometres to some of the remotest corners of the ‘war-torn’ Central African bush with a series of male drivers, who were without exception gracious and respectful and kept me safe.

I remember other motorbike-fuelled adventures, where I danced with priests and local aid workers at nightclubs in far-flung towns like Obo and Carnot, all of us laughing and cheering because we felt so damn happy to be alive.

Last year I was invited to an unforgettable gathering in the town of Bria in central CAR. A large boisterous group of community leaders, women and men, told me how they had transformed the security in Bria by taking the most radical action of all in a chronic conflict. They had come together, reached out to every different community in their midst, then all sat down and began dialoguing.

In these last two and a half years, this beautiful fragile country has been wracked with violence and boiled in grief, as neighbours and communities turned on each other. But I’ve seen incredible acts of restraint, and kindness, that have defied rebels and politicians’ self-serving agendas and begun eroding the toxic culture of vengeance.

As a writer I often think of my own life as a book, with chapters of differing length and intensity: what would I call this Central African chapter, and why? My good friend Flora said to me just the other day that she manages to stay what she calls ‘half-way hopeful’ because more Central Africans are now more interested in possibilities for peace than resorting to revenge. Communities are beginning to reclaim and invest in their own futures together.

Living here has allowed me to witness political extremes, and to see how possibilities can evolve into narratives of hope. I’m calling this chapter ‘The Republic of Possibilities’. I’m leaving CAR with a tearful mélange of sadness at leaving my wonderful friends and collaborators, plus excitement at what lies ahead. And a gut instinct that the Central African communities I know are steering their own courses towards trusting themselves and each other again.